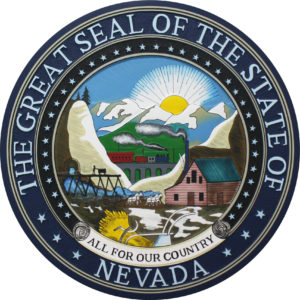 Online gambling in the state of Nevada is not as seemingly cut and dry as one may think. Online poker is legal in Nevada, as well as sports betting but online casino games have yet to be adequately addressed by the state legislature.

GETTING TO KNOW NEVADA AND ITS GAMBLING HISTORY

Is any type of online gambling legal in Nevada?

Nevada has been a center for gambling since the days of miners living there while working. Upon achieving statehood in 1864, Nevada tried to legalize gambling, but many legislators wanted to take a stand against gambling. Games still took place, but in 1909, lawmakers officially banned gambling with the exception of some slot machines. Ten years later, however, card rooms were legalized, followed by bingo and other forms of betting.

The Nevada Gaming Control Board was created in 1955 to create a regulatory framework and protect its gambling enterprises from the US government. Four years later, the Gaming Control Act set up the Nevada Gaming Commission to handle licensing of gambling establishments. This allowed the government to keep control of the gambling while allowing it to flourish. Licensing and regulations helped the state maintain its place as the gambling capital of the world, with the city of Las Vegas as its most prominent casino mecca.

Reno was a popular gambling town, but Las Vegas quickly grew with large casino/resorts and popular entertainment venues that brought a growing number of tourists throughout the 1900s and into the 2000s. Nevada is one of the few states given federal authority to offer sports betting, and nearly every type of gambling is legal in the state, including several tribal gaming facilities authorized by the federal Indian Gaming Regulatory Act (IGRA) of 1988.

Gambling is addressed in several places throughout the Nevada statutes, with the newest laws addressing online poker, which was legalized in 2013. The internet gambling law is limited to poker only, however, and specifically excludes race books and sports betting pools. There are also currently no casino games allowed via interactive gaming, as many casinos opposed the idea and convinced legislators to leave table games and slot machines off of the bill for now.

The interactive gambling statute also has a clause that prohibits any online poker operators that offered real-money games to players in the United States after the passage of the 2006 Unlawful Internet Gaming Act of 2006. This clause was inserted to exclude companies like PokerStars, which is still unable to obtain an online poker license in Nevada.

As the first state to legalize and regulate online poker in the new US market, Nevada takes pride in that.

“The State of Nevada leads the nation in gaming regulation and enforcement, such that the State of Nevada is uniquely positioned to develop an effective and comprehensive regulatory structure related to interactive gaming.”

The passage of online poker legislation took place in February 2013, and the governor signed it into law. By April of that year, Station Casinos launched the first regulated online poker site, and the next one followed in September of that year. Three sites ultimately launched, but only one remains – the World Series of Poker site that is on the 888poker platform.

In February 2014, the governors of Nevada and Delaware signed the first online poker liquidity compact to share player pools on a single network. It took 13 months to launch that network, but it operated smoothly and continues today.

In October 2017, New Jersey signed a new agreement to join Nevada and Delaware on the network to share online poker, though Delaware and New Jersey can also share progressive jackpots for online casino games. Nevada still has not allowed internet casino games, so that part of the agreement excludes Nevada. The tri-state online poker network launched at the beginning of May 2018 with the only site then-available in all three states – WSOP/888poker.

When other states launch online poker sites, such as Pennsylvania plans to do in 2018, there will likely be more shared liquidity agreements to include those states as well.

It is unclear if Nevada legislators will consider legalizing online casino games in the future, as they have not been willing to do so in the first five-plus years of operations. In addition, daily fantasy sports (DFS) is not legal in Nevada and has no bill currently under consideration.

There is also no sign of Nevada’s gaming regulator’s willingness to consider lifting the bad actor clause from the online poker law, which would allow more sites to participate in the market.

Online poker is legal on the singular regulated site offered in Nevada, though other sites may offer some forms of gambling.

Nevada is known to protect its regulated forms of gambling, so it would not be surprising if state officials tried to block sites that are licensed outside of the United States or even pursued legal action to stop the sites from operating at all. However, the state has taken no such action yet.

No. Even if Nevada officials pursue the operators, there would be no reason to try to charge players with using the sites. It is highly unlikely that such a crackdown on players would ever happen.

The regulated Nevada site is mandated by law to reserve money so players always have access to their funds. Sites licensed outside of the US typically have requirements to separate player funds from operating accounts, thus ensuring that player funds are available in case of market withdrawals or even a complete site closure.

The regulated site has several deposit and withdrawal options. Other sites have various methods. For example, debit and credit cards may be used for deposits, but some banks may block those transactions to adhere to state regulations. Many players who use sites licensed outside of Nevada now use bitcoin for deposits and withdrawals, as it is fast, efficient, and keeps identities anonymous.