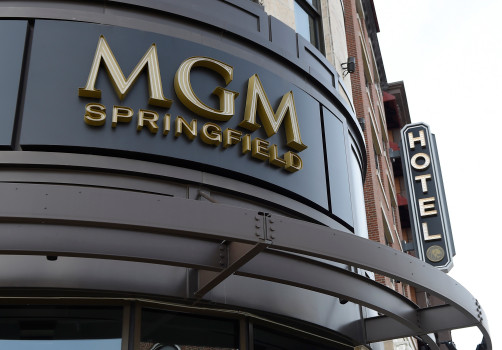 MGM Resorts opened the MGM Springfield in August of 2018 with high expectations. The casino has been busy and earned solid revenues, but what they have reported is a far cry from what the operator said the casino would be capable of. The venue has made a little more than half of what was expected during the first year of operations.

MGM Resorts stated during their casino application process that the venue would be able to generate over $400 million during its first year of operations. The exact amount told to regulators came in at $412 million.

By the end of July, which was around three weeks short of a full year in operation, the MGM Springfield reported $253 million overall gambling revenues. This was over $100 million less than the projected amount.

Officials are trying to defend their estimate, stating that it was realistic at the time and now the market is much tighter. Mike Mathis, the President and COO of MGM Springfield, stated that the casino is a little bit behind the first-year projections but he feels good about the trajectory of the venue. However, it seems the trajectory is not increasing.

In June and July, the casino had two horrible months of earnings. This was mainly in part due to the opening of the Encore Boston Harbor in the eastern section of Massachusetts. According to Mathis, the hotel is going strong as well as the restaurant venues, but these sections contribute to different tax revenue streams.

Mathis has stated that MGM probably did not take the tribal casinos in Connecticut seriously when considering the loyalty of customers. Mathis admitted that the company underestimated the level of customer loyalty as well as what it would take to get those customers to travel to the MGM property.

MGM Resorts was not the only one to overestimate the amount of money that MGM Springfield would be able to generate. Gaming Commissioner Enrique Zuniga provided a report to the group from HLT Advisory, a consulting company based in Toronto. The consultant estimated that the facility would be able to bring in $416 to $485 million within one year. The casino was even projected to bring in even more revenues by 2020 as they work to bring in more players from outside the New England area.

It seems the Connecticut tribal gaming venues as well as the Encore were not taken into consideration as seriously as they should have. The venues have affected MGM Springfield, causing the casino to earn way less than expected.

Just comparing the revenue totals between the MGM Springfield and the Encore Boston Harbor from July is telling. The MGM property was able to bring in just over $20.3 million in gross gaming revenues for the month. this generated just over $5 million taxes.

For Encore Boston Harbor, the casino was able to generate just over $48.5 million, more than double the MGM property. As far as taxes are concerned, Encore brought in just over $12.1 million. Interestingly enough, the Plainridge Park Casino which is a slot parlor earned close to MGM totals. The venue came in at just over $12.5 million in earnings.

It will be interesting to see as the year comes to an end, just where MGM stands. Will the casino continue to see a dip in earnings? Will Encore continue to be the top earner and cause the venue to slip further and further away from projected earnings?