There are no specific tenets in Tennessee laws declaring internet gaming as legal or illegal.

Tennessee is in the southeastern region of the United States, surrounded by Kentucky, Virginia, North Carolina, Georgia, Alabama, Mississippi, Missouri, and Arkansas. 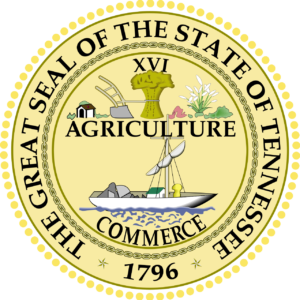 Tennessee has little legal gambling beyond horse racing, which does include interstate simulcast wagering and pari-mutuel betting, though only at approved satellite locations. The lottery is also available to residents of the state, as it was legalized in 2001. It eventually launched in 2004.

Charitable gambling is limited to raffles and small games, but bingo, pull-tabs, keno, and casino games are prohibited.

The law itself goes into little detail about what constitutes gambling or the definition of a game of skill or chance, nor does it mention sports betting or internet gambling whatsoever.

Everything from establishing a gambling enterprise to promoting gambling is a crime with varying degrees of severe penalties. It is also a crime to induce another person to gamble. The only gambling defense listed when prosecuted is that a person in good faith believed that a gambling activity was lawful because the promoter did everything to make it seem so.

As for the official definition of gambling, it seems to imply that any level of chance puts that game in a category with all other gambling. It reads as:

“Gambling is contrary to the public policy of this state and means risking anything of value for a profit whose return is to any degree contingent on chance, or any games of chance associated with casinos, including, but not limited to, slot machines, roulette wheels and the like.”

Tennessee is one of the most unlikely states to authorize online poker or casino games. Legislators are even hesitant to consider a proposal to legalize casinos or larger gambling facilities, as bingo is not even a legal game, so the chances of legal online gambling are slim in the foreseeable future.

Meanwhile, the state did pass the Fantasy Sports Act in 2016. Daily fantasy sports (DFS) seems to be viewed as a game of skill, as the definition in the final law even denotes that winning reflects the “relative knowledge and skill of the participants.” This may have helped lawmakers feel that they were authorizing a game of skill. It is now legal and implemented, overseen by the Tennessee Department of State’s Division of Charitable Solicitations.

The Tennessee Sports Gaming Act became law on May 25, 2019. The new law permits statewide mobile sports betting without any brick-and-mortar anchor and has an effective date of July 1, 2019.

There are several websites listed on this page that offer real-money internet gambling for players in Tennessee.

No. The state has shown no interest in even drafting a law explicitly banning online gambling, much less initiating legal action against sites that are based around the world that offer games to players in Tennessee. Of course, the Secretary of State or Attorney General could have a change of heart and decide to block access to the sites via internet service providers, but it would be a rogue move and likely inspire legal pushback from civil rights organizations.

No. There is virtually no chance that the state’s law enforcement officials would investigate players who gamble online. Even if they went after the site operators, that would be as far as the prosecutions would go, and players can feel confident that they will not face charges. In fact, most sites protect player information, and using methods like cryptocurrency for account transactions further keep activities anonymous, for those who might be wary of government overreach.

The licenses under which the sites operate do regular audits of the company and monitor whether or not the sites keep their players’ funds separated from operating money. This ensures that player funds are protected, and even in the case of a site declaring bankruptcy, players should be able to receive their rightfully earned money per the operators’ license agreements.

There are many options, depending on which site a player chooses for their gambling and betting account. Most sites offer a number of deposit options for players, including bank transfers and wires, debit and credit cards, and often an ewallet. Withdrawals tend to be limited to checks only, but some sites do offer more methods by which players can retrieve their funds. Cryptocurrency is the newest addition to most cashier pages, and it allows player to use bitcoin – sometimes even litecoin – to deposit and withdraw funds. Not only is it quick, it also protects players’ identities and offers anonymous transactions. Check with your favorite site for options.