The laws of Wisconsin do not specify the legality or illegality of online gambling or sports betting.

In the Midwest and Great Lakes region of America, Wisconsin is a state that borders Lake Michigan and Lake Superior. Surrounding states include Minnesota, Iowa, Illinois, and Michigan. 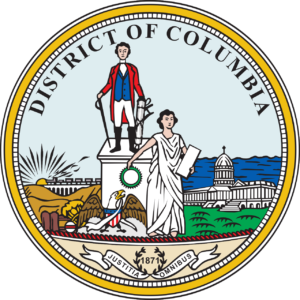 Legal gambling began in Wisconsin in the 1960s with the authorization of charitable gambling via ballot measures. In the 1980s, a constitutional amendment legalized the state lottery, and horse and dog racing tracks were allowed to offer pari-mutuel betting.

Numerous Native American tribes in Wisconsin were excited when Congress passed the Indian Gaming Regulatory Act in 1988, which allowed them to work with their state governments to devise gaming compacts. Those negotiations began quickly but took longer than anticipated, though various types of tribe-run casinos began opening in the 1990s. Today, there are nearly two dozen facilities open throughout the state.

The Wisconsin statutes define many terms that pertain to illegal gambling, including bets, gambling machines, and gambling machines. Essentially, the bottom line is that anyone who makes a bet or goes into a gambling place intending to bet can be found guilty of a misdemeanor.

Games of chance are referred to often in the statute, but the most detail given is by the State of Wisconsin Division of Gaming, which operates under the Department of Administration. Essentially, it states that chance is present if it dominates over skill. Examples of skill-based games are listed as pool, darts, and guessing the number of marbles in a jar. As for games of chance, it lists most card games and specifies “poker, Texas Hold’em.”

The definition of a bet in the state code breaks it down simply enough:

A bet is a bargain in which the parties agree that, dependent upon chance even though accompanied by some skill, one stands to win or lose something of value specified in the agreement.”

With no mention of any type of online gambling or sports betting in the Wisconsin statutes, it is not much of a surprise that there have been no real efforts to legalize the games, either.

In fact, the state does not even have a gambling commission to regulate gambling and oversee changes to the industry, as the Department of Administration chooses to keep it under the state government’s narrow umbrella.

Lawmakers in Wisconsin seem to be content with the amount of gambling offered in the state, and the tribal leaders have no interest in welcoming much gambling expansion, especially internet gaming. Even a bill to legalize daily fantasy sports was introduced in 2017 but has yet to garner enough support to have much of a chance of passage in 2018.

Since the SCOTUS ruling in May 2018, state representative,Tyler Vorpagel, reintroduced the bill to legalize fantasy sports wagering within the state. The bill would establish a regulatory framework for operators to exist in Wisconsin. This is Vorpagel’s second attempt to get an online fantasy sports bill through the legislature but it represents a movement, toward a legal framework for online gaming. So there is hope for the future.

A number of sites offer real-money online gambling and betting for players in Wisconsin.

It is highly unlikely. Wisconsin is a state that wants to keep its current level of gambling, monitor it, and sustain it. The state is not interested in expanding it or even establishing a gambling commission to oversee the industry. This indicates that there is little interest in exerting extra effort toward blocking online gambling sites located outside of the United States or trying to prosecute them, especially with no explicit wording in its law about internet gaming.

No. If the site is unlikely to take action against gambling sites, there is little to no chance that players would ever be targeted by Wisconsin officials. The worst situation for players would be if sites were blocked from accessing players in Wisconsin, but that doesn’t seem very likely, either. Players will likely have access to their favorite sites for years in the foreseeable future.

The sites we recommend are required to possess licenses from reputable jurisdictions that monitor the online gambling industry. Along with the licenses, operators must abide by their regulations, which usually include a stipulation that companies must keep player funds separate from operating monies. This ensures that player account balances are safe and available in cases of market changes or situations like the unfortunate closure of a site altogether.

Each site offers a set of deposit and withdrawal options for players in the US. Sometimes, they even vary by state, so it’s best to check your favorite site for the methods available to you. Most often, deposit options will include a debit or credit card, as well as bank transfers and possibly an ewallet, while withdrawals may be limited to checks. Bitcoin is the exception to the rule, however. More sites are beginning to venture into cryptocurrencies, which means players can often use bitcoin to fund their accounts and take funds out, all with the added benefit of anonymous transactions.

Are there land-based casinos in Wisconsin?

Yes. In fact there are 26 land-based in the state of Wisconsin and below are the top three: