The Colorado Attorney General took the unusual step of issuing a formal opinion in 2013 to declare internet gaming sites illegal for Colorado residents, although sports betting was not addressed.  Even though this is the case, there are still lots of online gambling sites for Colorado residents and no individual has ever had any legal issues gambling online in the state, so it’s generally accepted playing online is fine. 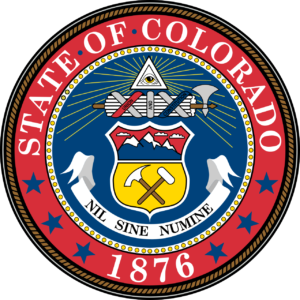 Colorado is a land-locked state between the West and Midwest sections of America. Named for its famous Colorado River, it is bordered by Utah on the west, Wyoming to the north, Nebraska and Kansas to the west, and Oklahoma and New Mexico to the south.

Pari-mutuel wagering is the longest-standing form of legal gambling in Colorado. The lottery was legalized in 1982, and the state also allows restricted social gambling, as well as bingo and other games for charitable organizations.

There were some Native American tribes that wanted to work out compacts with Colorado for gaming rights, as permitted by the 1988 Indian Gaming Regulatory Act (IGRA). From those talks came a compact with the Southern Ute Indian Tribe, which runs two full-fledged casinos that include slot machines and table games.

The Colorado Limited Gaming Act of 1991 made another casino exception in the state, one to help three towns and their struggling economies. Black Hawk, Central City, and Cripple Creek were given permission to open casinos with electronic slot machines and a full floor of table games like craps, blackjack, and poker. They started operations with low wagering limits, but players have since succeeded in raising those limits, especially as it pertains to poker so that tournaments can be hosted at the casinos.

Colorado’s Department of Revenue addresses internet gambling specifically in its FAQ section: “Internet gambling is illegal under state and federal laws. Colorado law prohibits the transmission or reception of gambling information by any means.” The passage goes on to cite the 1961 Wire Act and 2006 Unlawful Internet Gambling Enforcement Act (UIGEA) – both federal laws – as the basis for its decision. It also goes on to note that sites advertising as “legal and licensed forms of wagering” are still illegal if not specifically licensed in Colorado. “They may be legal or licensed where the bets are received, but it remains illegal to place bets from Colorado with these businesses.”

These statements are reinforced by the 2013 Colorado Attorney General, John Suthers, who was asked by that Department of Revenue to issue a formal legal opinion about internet gaming. Suthers’ opinion included a number of key findings, including that poker is one of many games that is designated as a game of chance by court precedent.

In addition, Suthers noted that voters would need to approve any type of gambling expansion that included internet gambling for residents of Colorado, and the constitution would need to be amended with very specific wording about gaming provided by new technology. In summary, he wrote:

“I conclude that a constitutional amendment is the only lawful means by which to expand limited gaming to include online gambling.”

The Colorado Gaming Association did draft a bill in 2012 to specifically legalize online poker and casino games, and the land-based casinos of Colorado were said to be supportive. But its efforts to find lawmakers to introduce the bill in 2013 failed, and the group decided there was not enough support to propose the measure, much less pass it.

While casinos may still support online gaming to increase revenue and eventually link with other states that have online poker frameworks, California lawmakers have shown little interest in pursuing it.

Daily fantasy sports (DFS) has been a different story, however. The 2016 legislature passed a bill to legalize and regulate the industry via a quick process of less than three months. The governor signed the legislation immediately, and it is now one of about a dozen states that is already regulating DFS.

On April 18 2019, lawmakers in Colorado brought forward a bill that could bring sports betting to the state as early as 2020. The proposed law, House Bill 19-1327. The bill would decriminalize sports betting in the state and allow for the issuance of a limited number of licenses to offer sports wagering.

There are several online gambling and betting sites that offer services to players in Colorado, despite the warnings from state officials.

It is possible, but there have been no signs pointing to an actual crackdown. The precedent was set to do it in 2013, but the state would have to devote time and resources to pursue companies that are not based or licensed in the United States. The Colorado Attorney General has shown no interest in taking action on the issue.

No. Should Colorado choose to act on its laws prohibiting online poker, casino games, and sports betting, players are not likely in any danger. The state’s law enforcement community would pursue the companies, not the users of the product. Considering there are many thousands of online gaming consumers in the state, prosecuting all of them would be a trivial, expensive, and unpopular move.

The sites vetted for our recommendations have long histories of trustworthiness with their customers. We cannot guarantee that monies will be repaid if sites withdraw from the market, but operators have assured us that player funds are safe and will be dispersed in case of market closures.

The most popular option for online gamblers and bettors today is bitcoin, as many people have invested in cryptocurrency and find that deposits and withdrawals are simple with this form of funding. Many of our recommended sites accept bitcoin. For others seeking more traditional payment methods, they can try credit or debit cards, bank transfers, and ewallets. The options vary from site to site, so it is best to check with the operator and even talk with a customer service representative for assistance in finding the right way to deposit and withdraw for you.

Are there land-based casinos in Colorado?

Yes. There are just about 40 land-based casinos in Colorado, a couple of which are on Native Indian land and run by native tribes. Here are some of the top rated ones: