There is nothing in Missouri law to indicate whether online gambling is legal or illegal.

Missouri is considered the center of the Midwest of America, often called the Gateway to the West. The landlocked state has eight bordering neighbors – Illinois, Tennessee, Kentucky, Iowa, Arkansas, Oklahoma, Nebraska, and Kansas. 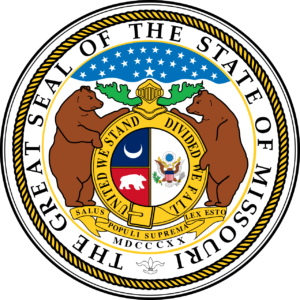 Long-standing forms of gambling in Missouri are horse racing and pari-mutuel wagering, though off-track betting has never been legal. Other types of gambling enabled decades ago include charitable games and the lottery, the latter of which was legalized in 1984.

Missouri was one of the first states to put riverboat gambling on a ballot for the voters to decide, and the residents of Missouri did pass the referendum in 1992. While the initial riverboats had many restrictions, including a narrow loss limit of $500 per session and a requirement that the boats move, the biggest limit was that boats could only offer poker and blackjack. Over time, however, the casinos were allowed to operate in moats near the major rivers, and slot machines were authorized in 1995. By 2008, the loss limit was removed as well.

The Missouri statutes detail the gambling prohibitions in Chapter 313, as well as designate the Missouri Gaming Commission to oversee and regulate the gambling industry. Definitions of terms like gambling and player are fairly standard, though there is a special definition for professional player as a person who “engages in gambling for a livelihood” or has derived at least 20% of their income as a player.

Since gambling is defined as risking something of value on the outcome of a game of chance, it is appropriate that chance is defined. That meaning is listed as the following:

“Any contest, game, gaming scheme or gaming device in which the outcome depends in a material degree upon an element of chance, notwithstanding that the skill of the contestants may also be a factor therein.”

Missouri took a serious step in 2006, the year that the United States Congress passed the Unlawful Internet Gambling Enforcement Act (UIGEA) to restrict gambling transactions. The state decided to prosecute the operators of BetOnSports, an online sports betting company based in the UK but offering

virtual services to players in Missouri. The CEO and founder were indicted and delivered to Missouri to stand trial in the District Court for the Eastern District of Missouri in St. Louis, and both were found guilty.

Many operators subsequently removed their services from the Missouri market, though the state did not prosecute any other website operators.

Lawmakers in the state have long resisted expanding gambling any further in Missouri, which explains why there have been no serious efforts to legalize and regulate online poker or casino games. While many of the casinos might appreciate the extra revenue streams, there have been no bills put forth yet to make that a possibility.

However, daily fantasy sports (DFS) is a different story. In 2016, the legislature passed a bill to legalize DFS. And there is a currently a bill called the Comprehensive Missouri Sports Betting and Sports Protection Act in both houses of the state legislature in 2018. Legislative hearings were held in Missouri prior to the Supreme Court’s ruling, but the bill did not advance beyond the committee stage. In January 2019, a number of new sports betting bills were introduced.

Missouri residents can use most of our recommended sites for online gambling and betting.

While nothing is certain, it is unlikely that pursuing online betting sites licensed in other countries would be at the top of the priority list. Missouri officials are not very likely to take action against the sites, but their willingness to go against BetOnSports several years ago indicates that there is a chance.

Missouri players are not in danger of prosecution. Should any state officials target the online gambling sites themselves, players would be left out of the mix. There is no good that would come of prosecuting every one of the thousands of players who have placed a bet or played a poker game online, so players should not be concerned.

The sites we recommend tend to follow rules of major licensing jurisdictions that require player funds to remain segregated from operating funds. Companies that do this will be able to pay players easily and quickly should anything happen to remove that company from a particular market or cause the site to shut down completely.

Most of our sites offer similar options, such as debit and credit cards for deposits, and checks for withdrawals. However, some also offer ewallets and bank transfers for deposits. And many of them now offer a cryptocurrency option – bitcoin – that can be used for all transactions. There should be something for every player’s need, however, so check with your site of choice. If the options are not ideal, check with a customer service representative to see what other methods may be available.

Are there land-based casinos in the state of Missouri?